Merging a new ForNAV report into an existing extension

However, having a lot of extensions containing a single report is not optimal.

Instead, you can use the ForNAV Designer to merge the report into an existing extension: 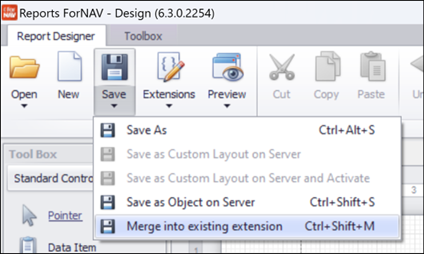 When you select Merge into existing extension, a list of extensions displays. The report will be merged into the extension that you select. 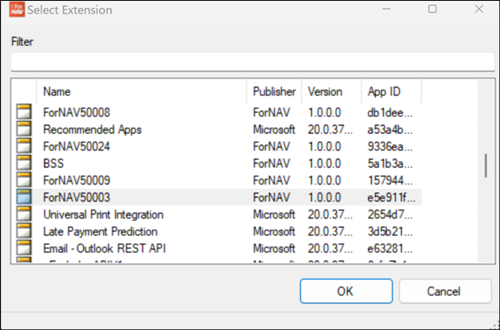