EXPORT your current reports.
C/SIDE reports are exported from a Microsoft Dynamics NAV 5.0/2009 (“classic”) database. This can be done with single or multiple reports.

Partners have found that this whole operation can be done in less than a minute. Even for complex reports.

All it requires is the same data (table) structure, upgraded business logic (something you would do anyway for an upgrade project), and the same language version.

Our Reports ForNAV Designer is an easy-to-use tool for creating and modifying reports for Microsoft Dynamics NAV.

If you are familiar with the C/SIDE reporting tool, you can start working with the Reports ForNAV Designer instantly. We provide an enhanced user experience, with a helpful visual environment and easy drag-and-drop functionality.

As well as supporting everything you are familiar with from C/SIDE – such as headers, footers, transport of subtotals, group totals, special forms like package slips, invoices with payment information, and payment slips – the features in the Reports ForNAV Designer also include:

All product names, logos, and brands are property of their respective owners 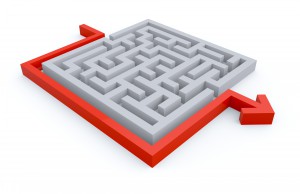